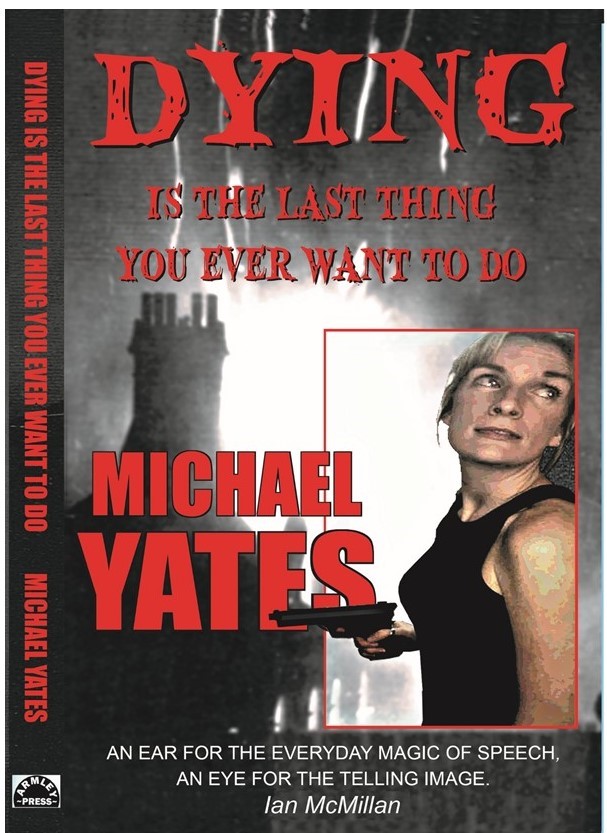 Launch of my latest novel

Armley Press, who published my book 20 Stories High, has now published my novel Dying is the Last Thing You Ever Want to Do.
What’s the book about? Seventeen-year-old Josie is a Yorkshire miner’s daughter, a good Catholic girl and brilliant at school. She might even get to university because her Aunt May has come into some insurance money. But then a man called Hitler invades Poland and her whole world is ravaged by the violence of war. And there’s a different sort of violence closer to home when Josie falls for a charming rogue called Denny who involves her in the criminal underworld she never knew existed. Pretty soon, it’s not just the German bombers who are killing her friends. And Josie has got herself a gun…
Is it a good read? Well, Yorkshire poet and broadcaster Ian McMillan says of the book: “Michael writes with an ear for the everyday magic of speech, and an eye for the telling image that will nudge a story along.” And novelist Jim Crace, winner of the Guardian Fiction Prize, says: “This Home Front thriller, in which several plucky women take on the shady side of Yorkshire during World War Two, is gripping and authentic.”
I wanted to write a thriller with a bit of sex and violence, some unexpected twists and turns, and a few good jokes along the way. I set it in a time when the world was topsy-turvy: murder was still punishable by death, but patriotic Britons won medals for killing Germans.
You can buy the book on Amazon or order it from any good bookshop. The ISBN of the 250-word paperback is 978-1-9160165-4-5 and the price £8.99. If you buy it from Amazon, please give it a review. 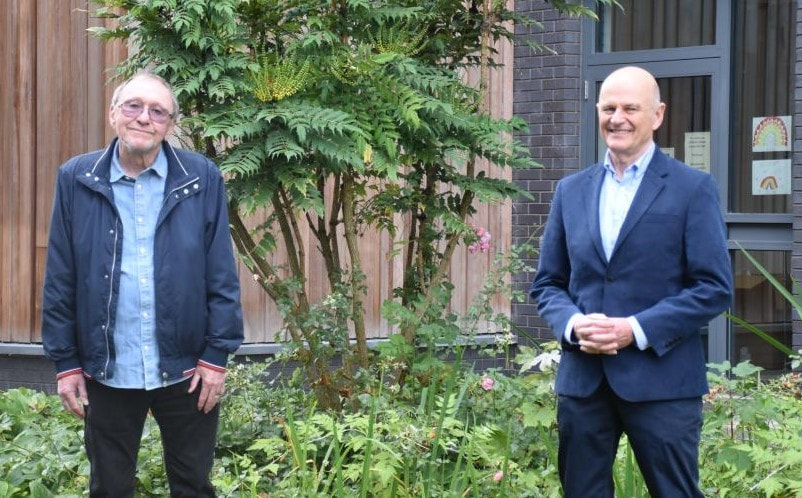 That's me, above on the left, with Mid-Yorkshire Hospitals chief Martin Barkley on the right

Pandemic Poetry: How the lockdown gave me the chance to write about Covid

Last year I was Poet in Residence in Mid-Yorkshire Hospitals.
Back in 2019, I had treatment for prostate cancer. As a gesture of thanks to the oncology nurses, I sent them a poem about Pinderfields Hospital, which I had written when I was Poet in Residence there in 2006, when the hospital was being rebuilt and there were big changes afoot.
As a result of that, Mid-Yorkshire hired me to write a new series of poems about the fight against Covid. I travelled round the hospitals – Pinderfields, Pontefract and Dewsbury – and a therapy outpost in Castleford. I talked to about 50 people – doctors, nurses, therapists etc – and produced The Healing Season, ten poems which are now displayed on the hospitals’ website and social media accounts and which will eventually be hung up to decorate their walls. If you go to
https://www.midyorks.nhs.uk/news/fighting-the-pandemic-with-poetry-1985
you can read the news story, then click on to the link below it, which allows you to read the poems.

Read a Story, Hear a Story

Go to Showcase page to read the story Happy Returns and hear the podcast version of the story The Woman Sitting Opposite, both from my collection 20 Stories High.  Then rush out and buy the book, folks!