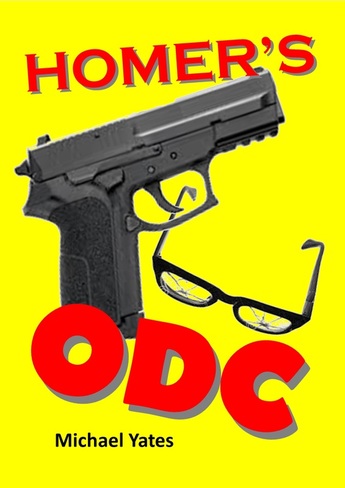 Homer’s ODC
A novel of crime and dark comedy!
What’s it all about?
It’s the start of the 21st century. And a single bullet will change two lives.​​
RAYMOND is a shy young man. He wishes he’d gone to Uni. But his father wants him in the family business. And his father is a gangster and a killer.
BARRY wants to be a poet. But he’s also – in his own words – a user of the mental health services.  And his two best friends are the late John Lennon and the even later Erwin Rommel, Hitler’s military boss.
IN A YORKSHIRE BUS STATION a shot rings out. It’s the shot that brings Raymond and Barry together and sets off a sequence of violent events that ends in terrible murder and even more terrible poetry.

Can I read a sample?
Read by clicking here 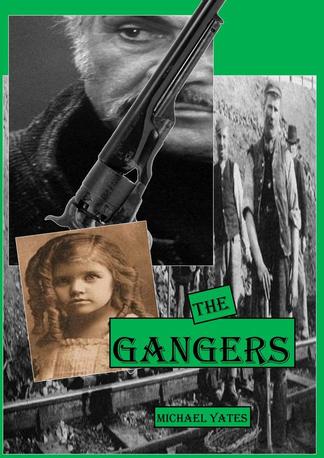 The Gangers
An avenger rides into town on a white horse looking for the men who killed his friend. In his saddlebag, he carries a Colt 44. But this is no wild west scenario.
This is Yorkshire. The avenger is a Sergeant Lorenzo Joseph of the British army. And the background is the Railway Boom of the 1870s.
This is a world where progress and poverty, industry and anarchy combine in a volatile mix. The shanty towns of the railway-building navvies are as lawless as the cattle towns of the American west.
But there is a more gentle side to the story. Sergeant Joseph quickly  encounters Mollie, the poetry-loving, 12-year-old daughter of the local vicar. And she falls innocently in love with her handsome knight on his white charger.
Meanwhile, in the darkness of the shanty town, gang leader Moleskin Jimmy lies poised to strike again –  at the Sergeant, at Mollie, or at anyone else who gets in his way.