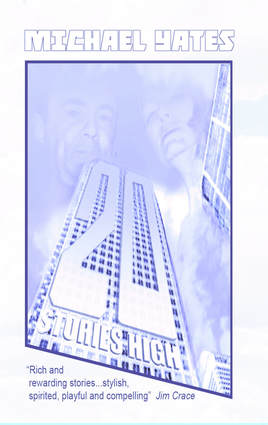 ​​​A murderer’s dad counts his blessings... A drug addict’s dead parents come to visit... A have-a-go hero becomes an internet villain... A boy returns home early to discover his father's infidelity... And the dead find themselves on a very slow train to nowhere.
Best-selling novelist Jim Crace  described the book as: “A rich and rewarding assortment of treats.” And Yorkshire novelist Mark Connors said: “These taut stories bristle with humour and mischief.”
The Yorkshire Post  made 20 Stories High one of its recommended reads. And Bradford’s Telegraph & Argus made it Book of the Week with critic Emma Clayton calling the author “a gifted writer with a wry take on life."
The 200-page paperback sells at £8.99. To get it from Amazon, or Foyles or Waterstones or WH Smith, type 20 Stories High Michael Yates into their website; or you can go along to any good bookshop and tell them the ISBN is 978-0-9934811-8-5. 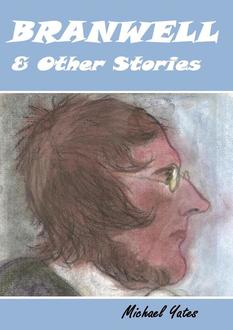 Six of my stories here!
Branwell: The Bronte brother, having failed as a poet and painter, slips down the road of drink and despair.
The Navigator’s Daughter: Alice searches passionately for a man she can love, while daughter Maudie struggles for a life of her own.
Suntdot: Mr Berry, trapped in a dispiriting job in a failing  school, discovers the secret of an illiterate 11-year-old.
Priceless! Corrupt architect John Poulson, in Wakefield Prison, determines to write a book which will clear his name. But what is the truth?
Till My Eyes Bleed: Mel recalls his best pal Adrian, killed in an accident. But what was the real relationship between Adrian and Mel’s wife?
Now It Can Be Told: Fifty years ago in Dallas, US president John  F Kennedy escapes an assassin’s bullet – and changes the course of  history!

My story is Annie Shouts, full of sex, violence and a few good jokes. 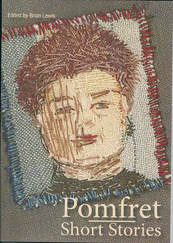 
Edited by Brian Lewis, this book of ten Yorkshire stories includes writers Colin Hollis, Susan McCartney, Linda Jones and me, with illustrations by Yorkshire artists.
My story is Second Soprano,  a romance between two members of a choir, which hits a few wrong notes along the way.. 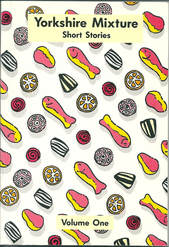 
The classic anthology from the heyday of Yorkshire Art Circus. Edited by Joan Thornton, the book includes stories by Ian Clayton, Una Smith, Robert Jordan, Mary Sara, Jean Pearson, Tony Gaughan, Karen White and two stories from me.
These are QWERTYUIOP, a tragicomedy in which a group of unemployed women in the Thatcher era who enrol for a shorthand typing course; and Jack Parker and the Graduate, in which a newspaper reporter with a drink problem finds his luck is fast running out. 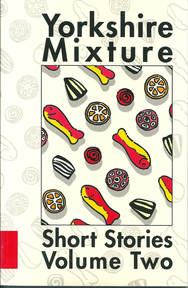 My story is Sunday Afternoon Again, in which a young boy's problems include a drunken father, a Puritanical grandma... and a witch living next door!